The combination pill, also known as the birth control pill, are oral medications that are taken to prevent pregnancies. Combination pills, which contain synthetic forms of the hormones estrogen and progesterone, are the most widely used types of contraceptive pills. The hormones in these combination pills work to prevent pregnancies in three ways; by preventing ovulation, building a layer of thick, sticky mucus at the opening of the cervix to make it harder for sperm to pass through, and by thinning the lining of the uterus to prevent a fertilized egg from attaching and developing.

Birth control pills are prescribed in two different dosing packets, either as 21-day or 28-day packs. With perfect use (i.e. no missed pills), the contraceptive pill is more than 99% effective. However, because some people miss pills, or take them later than usual, they end up typically having an efficacy rate of around 91%.

The contraceptive patch, like most methods of hormonal contraception, contains hormones that prevent pregnancies. It is a thin, sticky patch that looks almost like a large band-aid, except it is beige in color — making it discreet and easy to wear under clothing. The birth control patch is best applied to areas that don’t have too much hair, and should be applied onto skin that is clean and completely dry. It is recommended to apply it on the buttocks, arms, abdomen, or upper torso. It should never be applied onto the breasts or chest area.

The birth control patch comes in packs of 3, and is applied once a week for 3 weeks, for a total of 21 days a month. During the 7 patch-free days, you’ll have your period. With perfect usage (i.e. having no missed patches, and patches are applied and changed correctly), the birth control patch is up to 99% effective. With typical use (forgetting to place the patch on time, etc) however, it has an efficacy rate of around 91%.

The hormonal IUD is a method of long-acting reversible contraception (LARC) that releases small amounts of progestin into the body over its lifetime – usually either 3 to 5 years depending on the brand. It is a small piece of flexible plastic that is shaped like a ‘T’, and sits inside the uterus — once it is in place, no other methods of contraception are needed until its expiry in 3 to 5 years (depending on the brand). The hormonal IUD is more than 99% effective at preventing pregnancies, and unlike other short-acting reversible methods of contraception, such as the pill and the patch, it does not require daily or weekly changes.

What are the side effects of using hormonal contraception?

What else can I use hormonal contraception for?

How do I know which method of hormonal contraception is suitable for me?

With different methods of hormonal contraception available, and the extensive information available on the internet, it can be overwhelming to make a decision. Different hormonal contraception methods are suitable for different needs, and as such the consideration of multiple factors such as lifestyle, health status, and specific preferences (like wanting to skip periods or preventing acne breakouts with the hormones in the contraceptive method) will all contribute to the decision making process.

If it is your first time taking hormonal contraceptives, it is recommended that you make an appointment to consult with a doctor — as they can better advise you on which method of contraception will work best for you based on your medical history, and also answer any other concerns you might have. 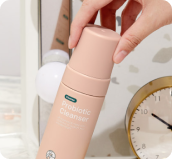 Cervical Cancer: Symptoms and Preventive
The official result of the weed referendum wasn’t yet...

Can birth control reduce acne?
Birth control can do far more than just prevent pregnancy! The... 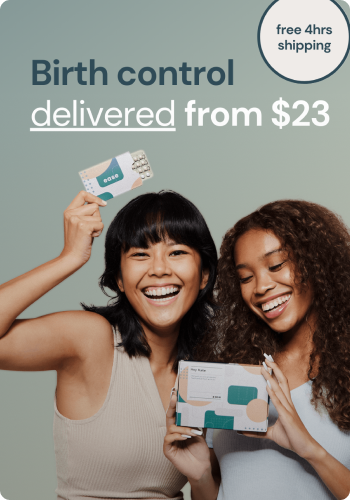